Even with a potential recession, job seekers still have the upper hand It’s been a wild ride for the labor market these past few years. After the significant slowdown and mass layoffs at the outset of the pandemic, there’s been a steady climb in available jobs and not enough talent to fill them. We’ve seen workers leave roles in record numbers as part of the Great Resignation, in search of employers that offer better working conditions (and flexibility) and are more aligned with their values. But how are workers feeling now that there’s a potential recession on the horizon? Explore the highlights from the new Greenhouse Candidate Economic Sentiment report.

The report reveals that a recession won’t derail the Great Resignation – job seekers will continue to hunt during a downturn. While 70% of respondents believe we’ll be in a recession within six months, 57% say they would still actively look for a job during a recession. 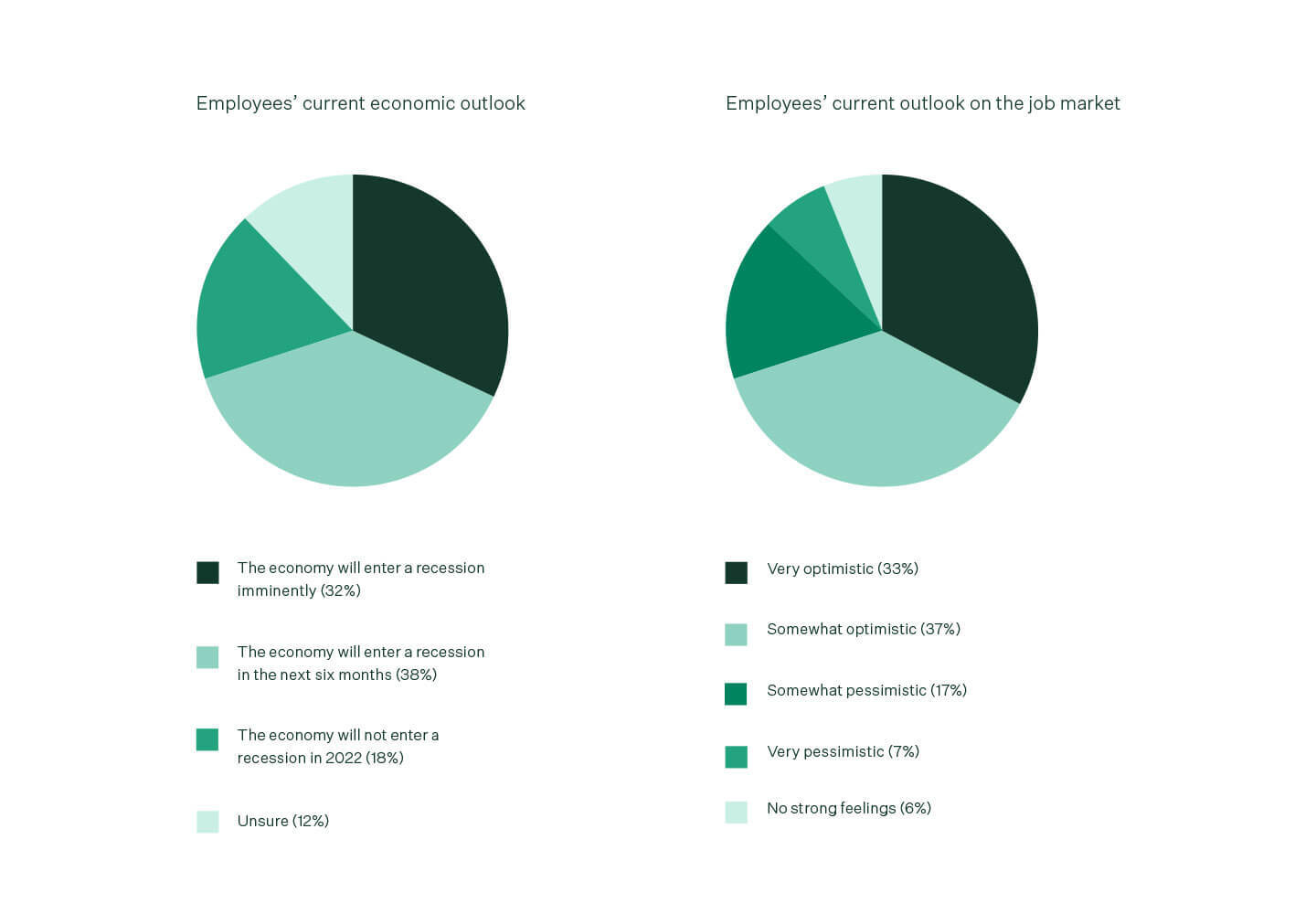 Similarly, while 52% expect wages to fall during an economic downturn, two-thirds say they would look for a new job if their compensation package was reduced. These findings show that the majority of candidates have an optimistic outlook about the labor market, signaling their continued upper hand in the tight competition for talent.

Workers and candidates alike have elevated expectations throughout the entire employee lifecycle. Earlier this year, we learned that 60% of candidates are “unimpressed by time-consuming recruiting processes.”

And despite their pessimistic outlook on the economic situation, the majority of workers say they’re holding employers to a higher standard. Among the respondents, 60% would consider leaving a company if it cut benefits such as the ability to work from home, flexible schedules, free meals and wellness initiatives. 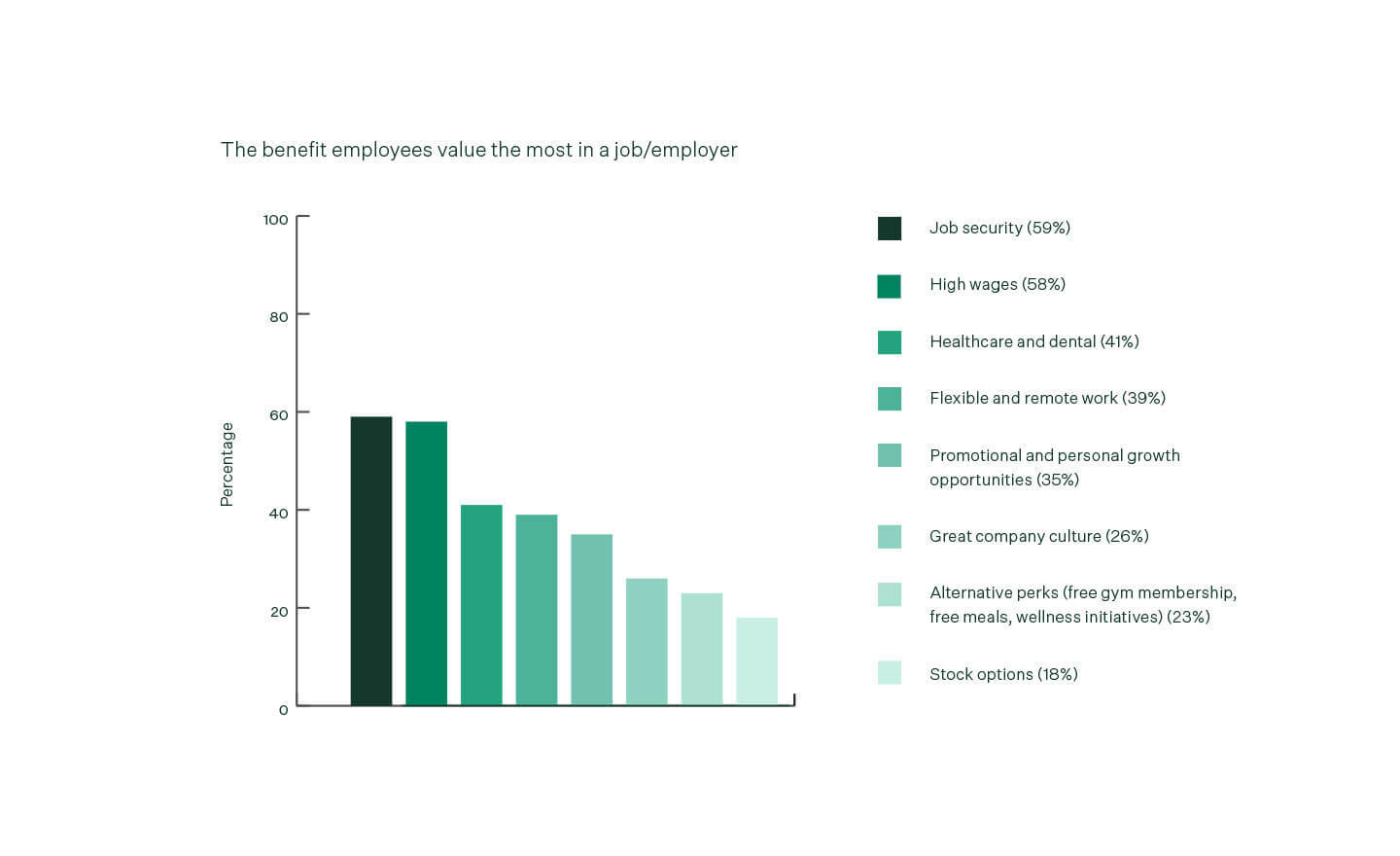 In the event that a company is feeling the effects of economic slowdown, workers say they want to be kept in the loop. More than 86% of respondents say their loyalty would be affected if a company failed to be transparent regarding slowing company growth, hiring freezes and layoffs. When layoffs do occur, workers expect employers to treat them with respect – more than half of respondents strongly disagree with companies making mass firings over Zoom. The majority – 77% of workers – believe the best approach is to let employees go in person with a direct manager or HR person present.

“Whether an economic recession is coming or not, candidates feel they will continue to have the strongest hand in the hiring process,” says Greenhouse CEO and Co-founder Daniel Chait. “There are around two jobs available for every job seeker in the United States today, and it’s possible we could enter a recession with close to full employment. The need for companies to compete for talent will continue regardless of stock prices, interest rates and other economic factors. This could be the first recession that we see candidates win in.”

While the economic outlook might be changing, the pressures to attract and retain talent are here to stay.
–Daniel Chait, CEO and Co-founder of Greenhouse

No matter what happens with the economy, the pressures to attract and retain talent aren’t going away. Our research shows that today’s candidates and employees are savvier than ever when it comes to identifying people-first companies. Making the choice to nurture your talent will continue to be a key differentiator – now and well into the future. 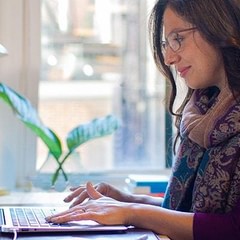 is the Senior Director of Content and Communications at Greenhouse. She helps shape and share the Greenhouse brand story and keeps its audiences informed on company news and industry knowledge. Dinah has over 14 years of communications and content experience in the technology field and prior to Greenhouse, she built and ran the communications team at Brandwatch. She's an avid writer, dancer, foodie and book nerd. You can connect with her on Twitter or LinkedIn.