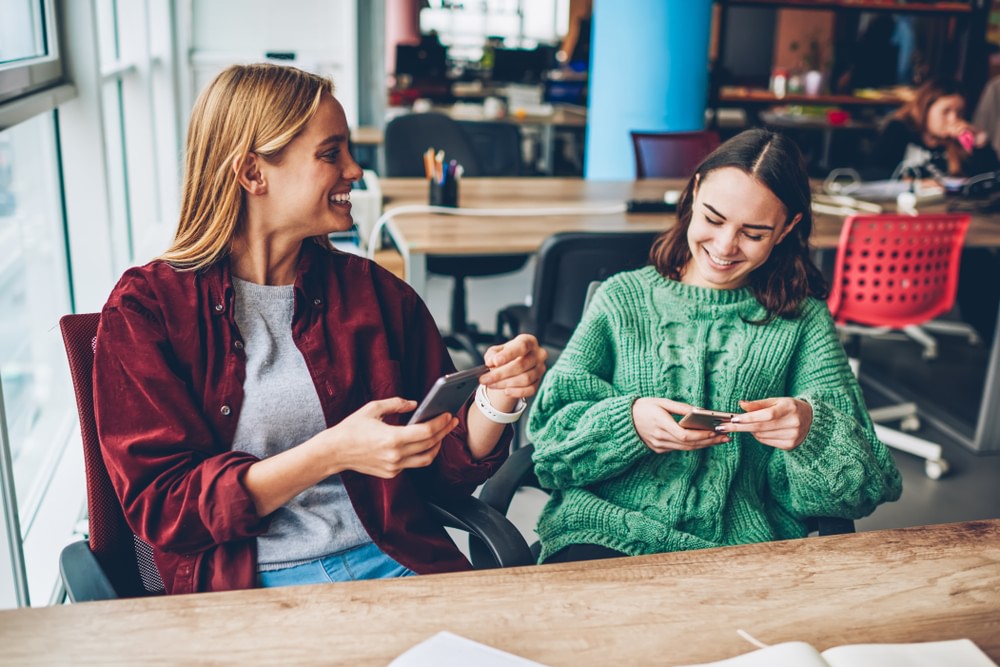 Remember the last time you applied for a job? Whether it was a week ago or a decade ago, you can probably recall the roller coaster of emotions, from anxious anticipation while waiting for responses, to the cloud of confusion surrounding the entire experience since you potentially had no insight into the process and decisions.

Sally Bolig, Head of Talent Acquisition at Yotpo, had the opportunity to observe many of these unproductive and unclear recruiting behaviors firsthand during her years as an agency recruiter. When she took on her current role at Yotpo, her goal was to rethink the candidate experience in a way that would leave applicants feeling respected and enthusiastic—even if they didn’t get the job. Sally recently joined William Tincup, President of RecruitingDaily, for a conversation on candidate experience and employer brand. Watch the full recording of the webinar here, or keep reading for some highlights of their conversation.

When Sally joined Yotpo two and a half years ago, she had one major goal: to use the knowledge she’d gained as an agency recruiter to create a truly positive candidate experience, based on honesty and transparency. And although she was a recruiting team of one when she first started, she was lucky to have the support of her company’s leadership.

“When you start with that core [support], you can build anything," explains Sally.

Sally designed the candidate experience at Yotpo around the assumptions that candidates:

Candidate experience at Yotpo is designed to be both efficient and thorough, and to deliver feedback that’s timely and useful.

"We wanted to create a process in which we could limit the number of onsites, but also to ensure that candidates received feedback as soon as possible.”

The recruiting team at Yotpo has committed to the following timelines:

This means that candidates aren’t kept guessing—they know when to expect an answer every step of the way.

Sally recommends being very intentional about who is involved in your interview process. Here’s how she defines her approach: “We really map out the certain things that need to be evaluated in candidates, we choose a core group of people who are able to test those things, and people are given a purpose rather than a set of interview questions to ask.”

One key element of the onsite interview at Yotpo is the peer interview, which is more of an informal conversation between the candidate and someone who would be on the same team.

During this discussion, candidates are encouraged to ask questions they are probably curious to know, but wouldn’t feel comfortable asking the hiring manager. Whether they want to know about their manager’s weaknesses, the team’s turnover rate, or the reasons people get fired, they can engage in an honest and open dialogue about these topics. The interviewer will often kick off by sharing what they wished they’d asked during their interview process. Co-presenter William Tincup of RecruitingDaily said he loves this approach because it shows candidates the type of questions they’re allowed to ask and sets the bar for the level of authenticity Yotpo encourages.

Another important part of the Yotpo onsite is “time on the floor,” which is generally about 30 minutes for a candidate to sit alongside a potential teammate to gain insight into their workflow and office environment. Candidates get to see which tools people are using, what types of calls are going on around them, and get a genuine sense of what life would be like at Yotpo. Plus, this helps to break up the intense schedule of back-to-back interviews and give candidates a little time to rest and recover.

When Sally was designing the candidate experience at Yotpo, she wanted to encourage honesty and transparency with candidates. This means that hiring managers and team members are honest with candidates about role expectations and working conditions. This helps candidates accurately assess whether the company is a good fit for them. Co-presenter William Tincup echoed this sentiment, saying, “I don’t ever want candidates to think that I’ve lied to them.” 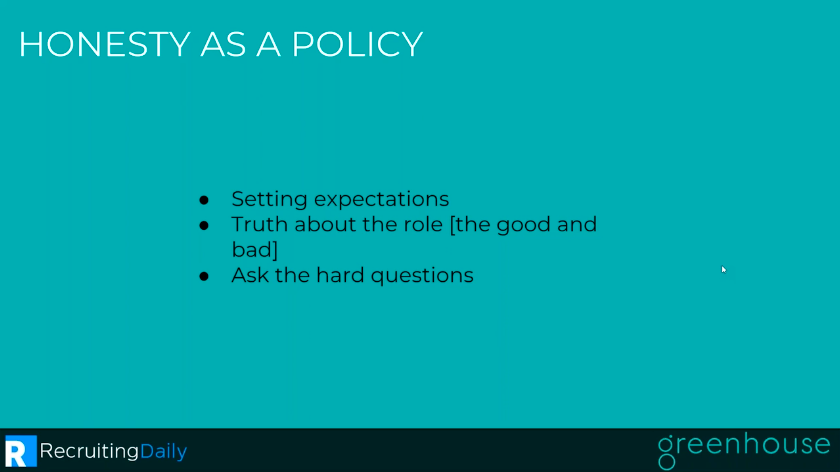 "If you are honest, you give candidates the ability to weigh whether the pros outweigh the cons for them.”

Along the same lines, Yotpo has a policy of providing honest feedback about candidates’ status and the reasons why they weren’t moved forward in the process. Any candidate who has had a phone or onsite interview has the opportunity to have a feedback call with a recruiter. These calls provide specific examples of candidates’ answers or behavior in the interview that led to the team’s decision.

Not only does this help candidates improve for future interviews—“How can people ever improve if they don’t get feedback?” asks Sally—but it leaves the door open to re-engage in the future. When candidates feel that you’re genuinely interested in helping and coaching them, they will be much more open to reconnecting in the future. Remember just because someone’s not the right fit today, that doesn’t mean that they won’t be six months or one year down the line!

Creating this type of honest and open candidate experience can seem overwhelming, but it is possible, even with limited resources. Sally shared that she’s still on a small team that handles a large volume of reqs. Having support from her company’s leadership from the get-go helped her to build many of these processes and send the message that at Yotpo, candidate experience truly matters.

Tune in to the full webinar for Sally and William’s tips for creating an authentic and honest candidate experience and employer brand.