Use ELTV to understand the ROI of your hiring efforts 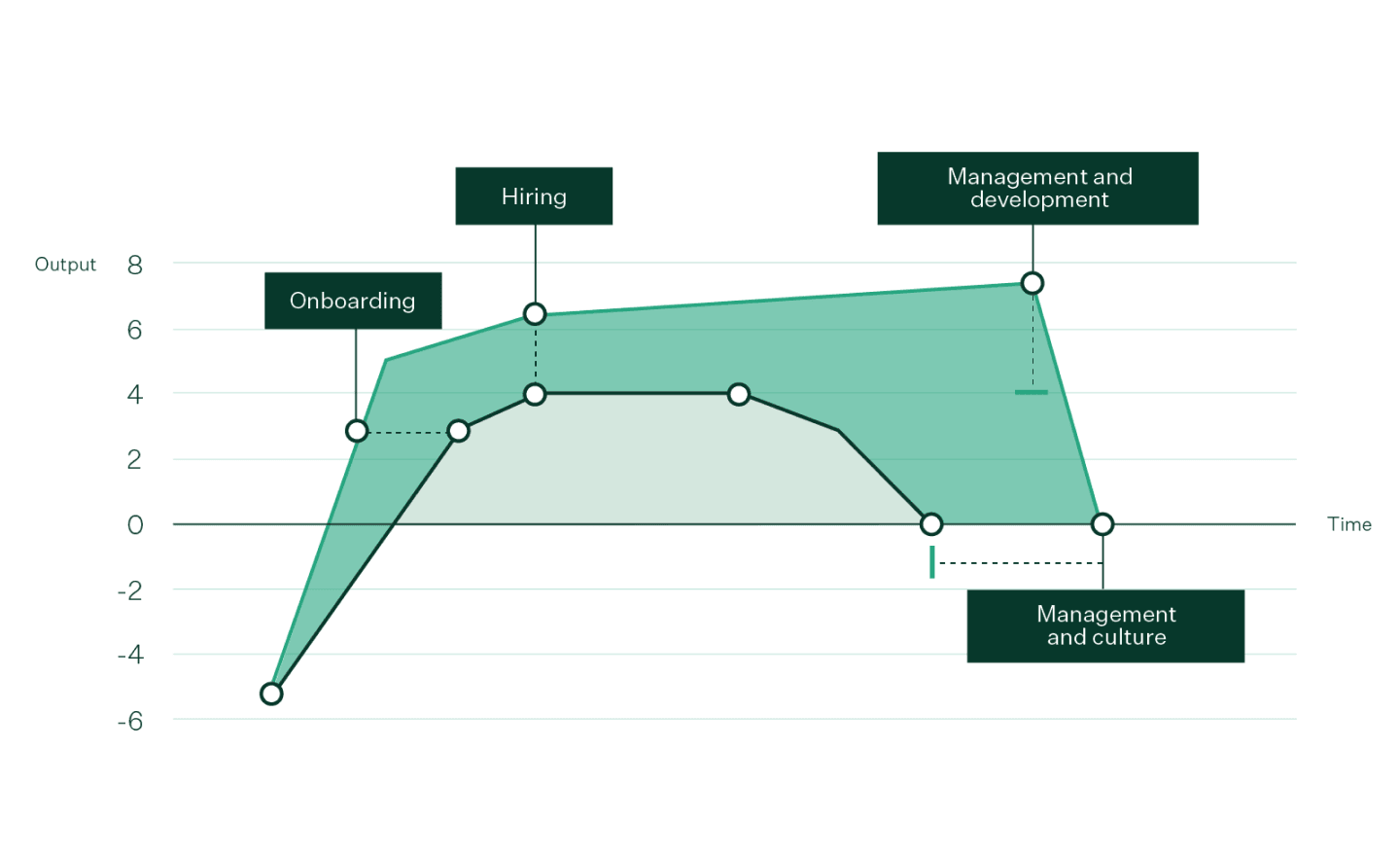 Most People leaders have a list of initiatives they’re passionate about implementing because they believe they will improve retention, engagement, ramp time, etc. However, at many organizations, it is difficult to get executive budget approval for these programs. Often, it’s because it can be difficult to prove to upper management that the People Practices you want to carry out can result in significant ROI for the business, so proposals rely more on instinct or industry norms.

I don’t think this needs to be the case.

I’m excited to share a framework I developed that helps articulate the ROI of the investments you want to make to strengthen your organization—like hiring, onboarding, talent management, employee development, and culture initiatives.

To help assess and articulate the business impact of these People Practices, I would like to introduce and define a new concept: using Employee Lifetime Value (ELTV) to compare the relative return of People Practices.

Employee Lifetime Value represents the total net value over time that an employee brings to an organization. The People Team’s job is to drive the organization to maximize ELTV. It can achieve this goal by developing and executing programs that impact the inputs that drive ELTV. When we put these programs into the context of the employee lifetime value, we can more clearly see their relative ROI and their contribution to the business. 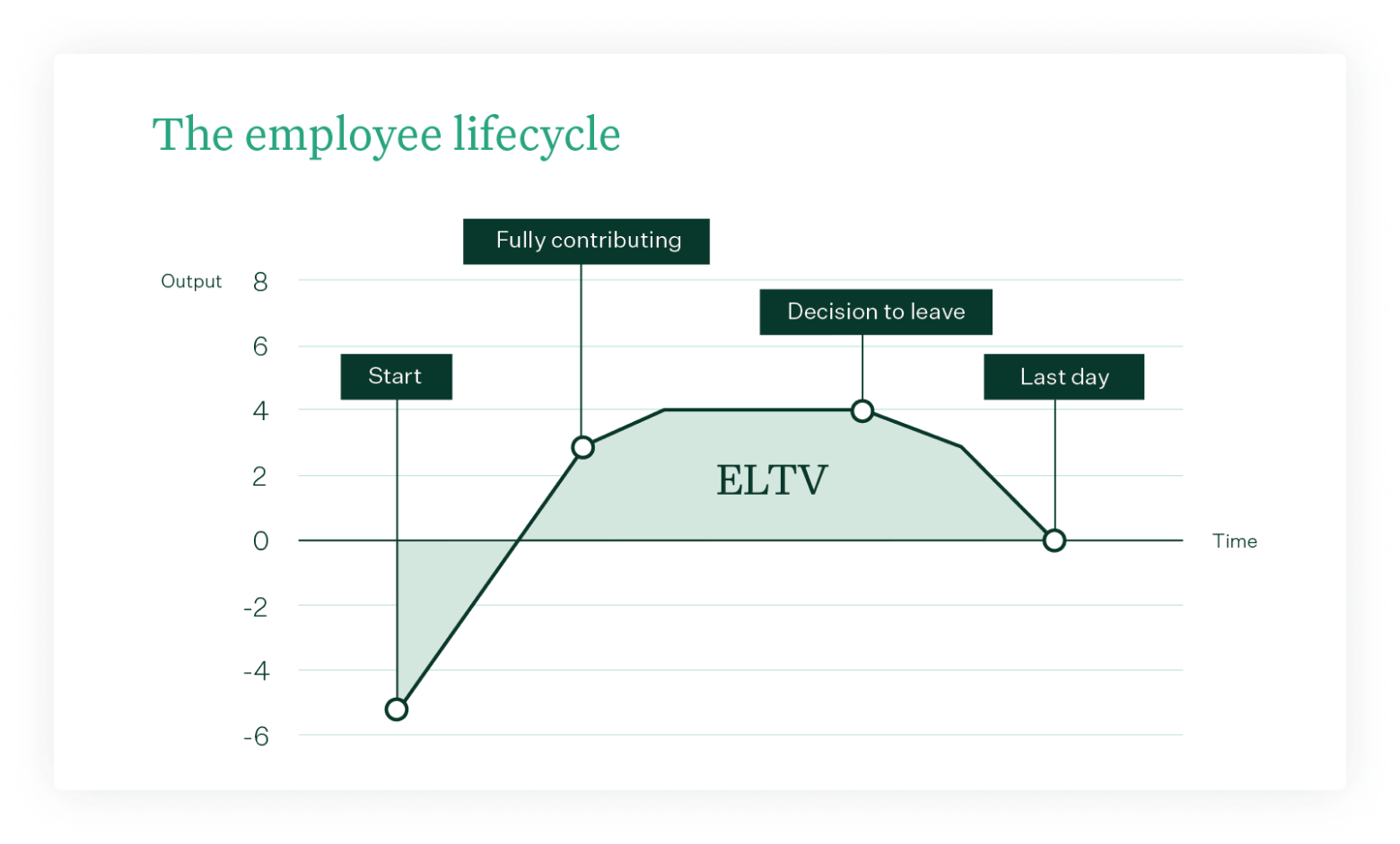 At the “Start,” an employee’s output is negative because they’re not yet doing anything to contribute to the team but they have consumed resources from the recruiting and hiring team.

They then ramp up productivity until reaching the next milestone, “Fully contributing”, where they have fully ramped up in their role.

At some point, an employee’s growth plateaus and they start to consider other employment options. They make the “Decision to leave.” Generally after this point their productivity starts to decrease.

Finally, an employee reaches their “Last day” at the company. Their output goes to zero at this point.

The ELTV of the employee is represented by the grayshaded area under the curve (the integral, for those who like calculus). The goal is generally to make this area as tall and as wide as possible, thus maximizing ELTV as much as possible.

So, how can People Teams accomplish this need to maximize ELTV? The answer is to focus on these 4 actions, all of which point to finding and shaping strong, productive, engaged employees:

This is illustrated in the graph below: 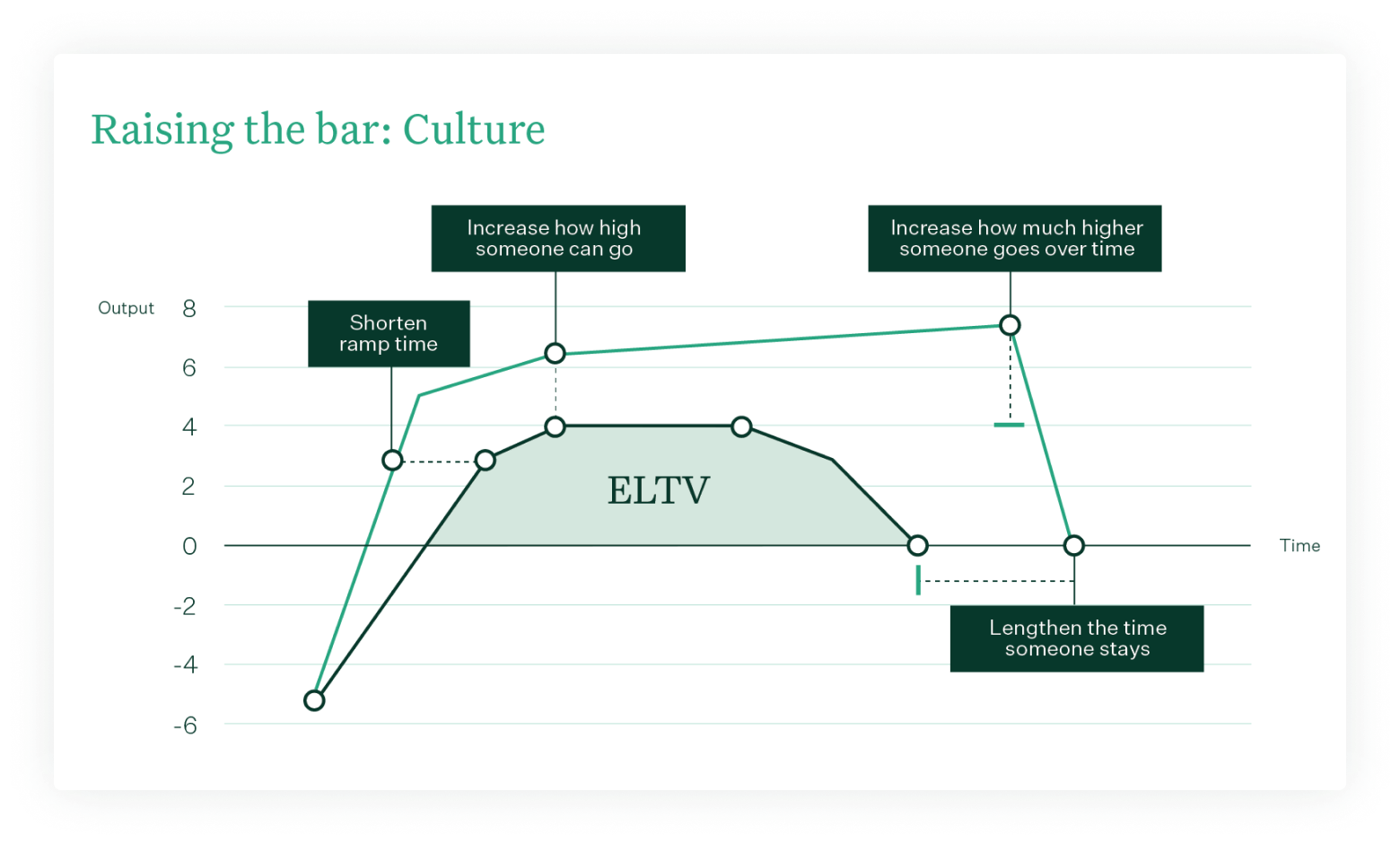 These inputs can be loosely mapped to a handful of strategic People Practices, which I’ll dive into in next week’s post on the Greenhouse Blog.

Check out the ELTV eBook we put together which has the full white paper and an interactive proposal template for making the ROI case to your management team. is Head of People at Stripe, and former VP of Marketing at Greenhouse. Maia has a decade of experience building and scaling teams. She was the Founder & CEO of Urban Escapes where she was named one of Inc. Magazine’s 30 Under 30. She later sold the company to LivingSocial and went on to run several business units there, hiring and managing a team of 800 full and part-time employees across the country. In a previous life chapter, Maia was a professional skydiver with 750+ jumps. Follow her on Twitter.