Imagine you have only a single recruiter on your team, no consistent process, and 200 open positions. Eek! What do you do?

Christina Kane, Head of Talent at Betterment, found herself in exactly that position. Want to learn how she quadrupled her company's headcount by shifting to an in-house recruiting team and Structured Hiring? Read on!

Back in 2014, Betterment had 45 employees, all based in New York. Up until that point, they’d had a single recruiting coordinator. This coordinator’s responsibility was mainly to wrangle in the troops (i.e. the hiring managers). But there wasn’t a solid approach to handling applications and interviews. Everyone was interviewing in their own way. Christina knew that a process needed to be put in place if they wanted to meet their aggressive hiring goals.

Plus, at the time, 20% of opens roles were being filled by agencies. So Christina set out to build her own recruiting team in order to reduce agency costs and provide more structure internally. She ended up hiring 3 recruiters, 1 sourcer, and 2 coordinators. Since making these hires, the recruiting team has hired over 200 employees to date and reduced agency dependency to 4%.

Building out the recruiting team was an essential step, but it didn’t solve all the challenges Betterment was facing. Recruiters needed to build a partnership with hiring managers so they could understand the existing interview structure and formulate strategies on how to improve it.

Betterment did just that.

After the recruiter and hiring manager hold a kick-off meeting, there will be a separate kick-off meeting with all interviewers (even those who are subbing due to bandwidth constraints). This kick-off meeting outlines why everyone is being asked to be involved in the interview process and describes which characteristics the ideal candidate will have. This meeting ensures that everyone who’s involved in the interview process is aligned from the outset. On top of that, it also improves cross-functional collaboration internally. 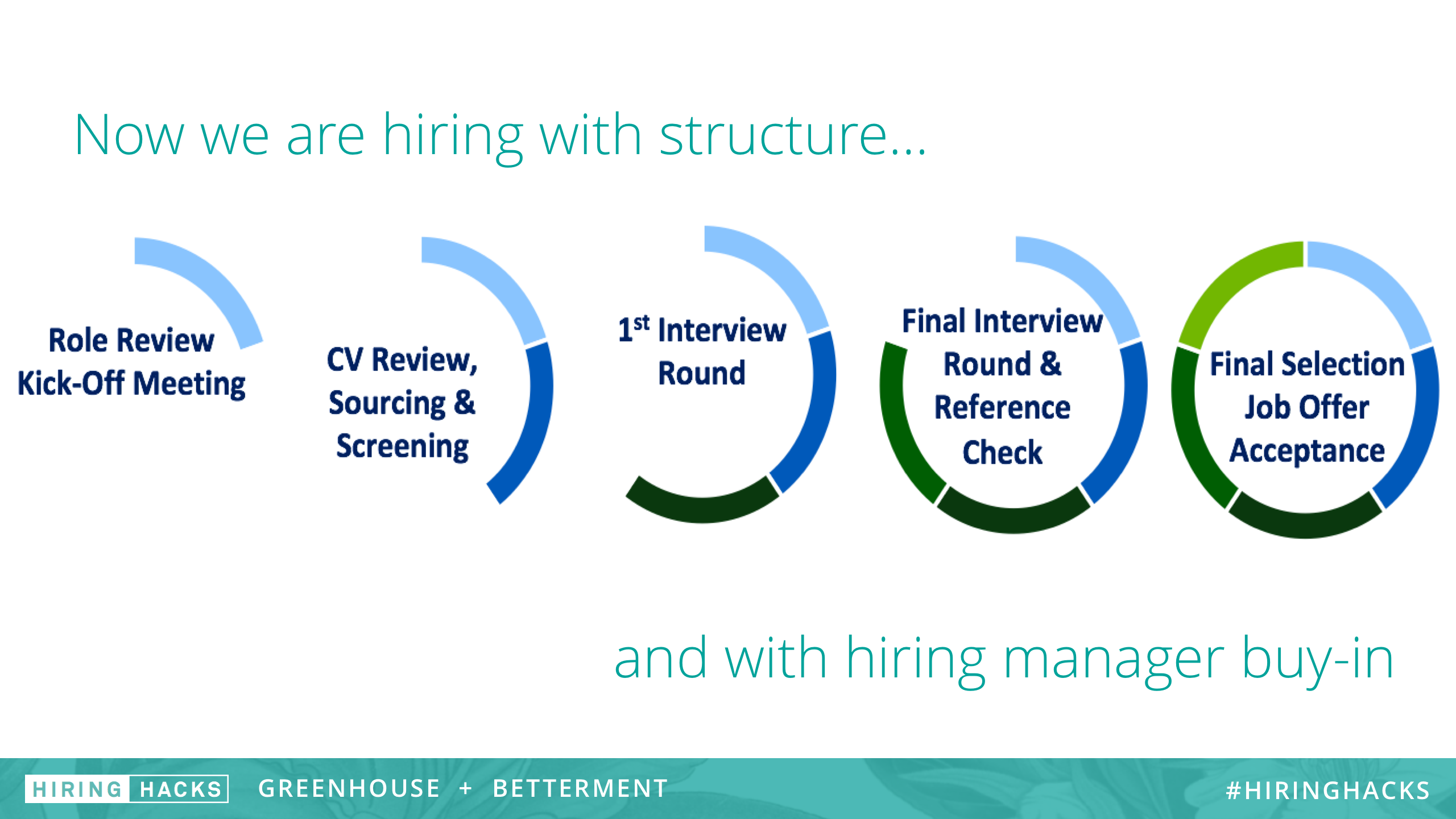 After collecting all this feedback, they discovered everything was pointing to three hiring values: horsepower, passion, and openness. Instead of conducting one dedicated culture fit interview, now every interview needs to map back to these three values. 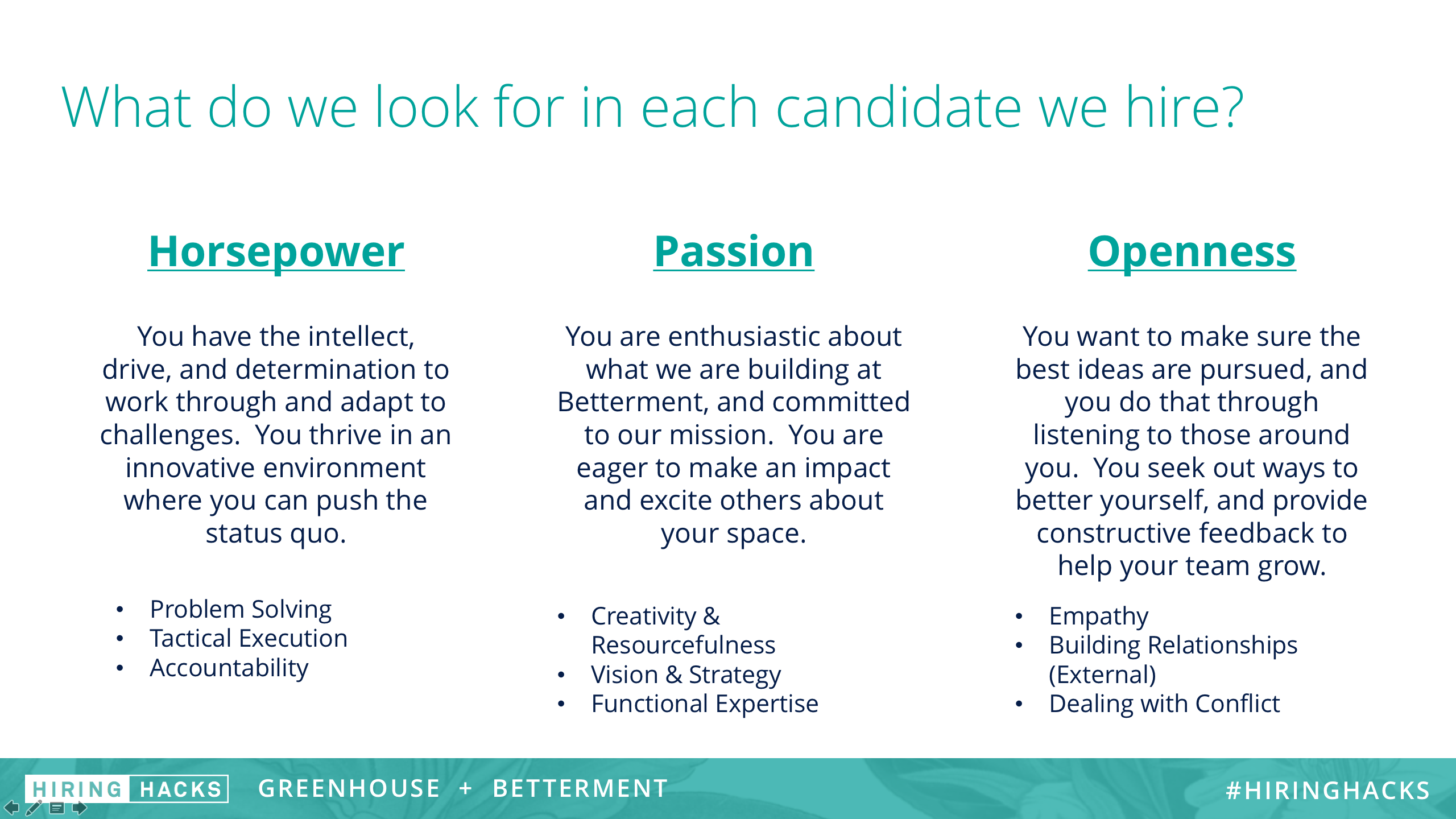 Betterment wants to continue to bring on people who will listen and grow within the company and they discovered one 30-minute interview isn’t enough. Now, they ask every interviewer to tie their core hiring values with a candidate's answers and see if there is a fit.

Creating a more Structured Hiring process takes support and innovative ideas that are unique to your company’s values and mission. The Betterment team learned that having more structure allows the recruiting team to better manage the interview process and create realistic expectations for a candidate. And it also means that the company, interviewers, and hiring managers are more thoughtful with feedback, motivated to move faster, and have a better understanding of exactly what they’re assessing during each interview.