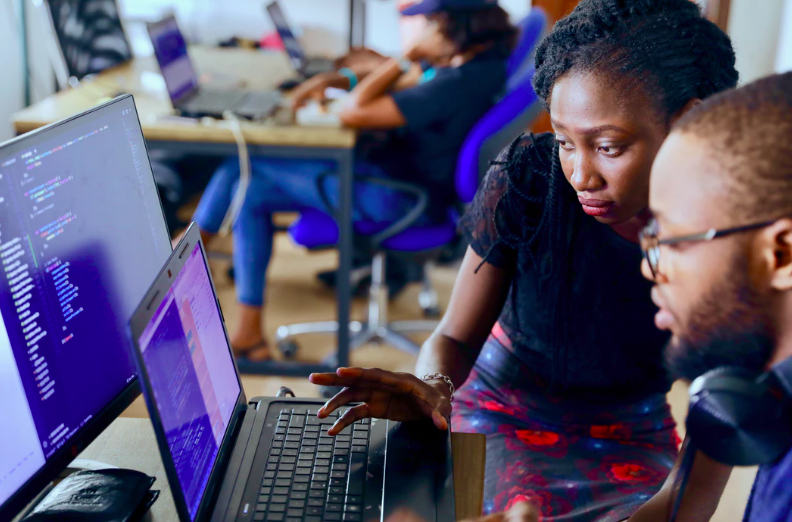 The 2019 Greenhouse OPEN Conference is in full swing here in New York City! The Javits Center is buzzing with energy and excitement – much of which is my own after testing out a Gravity blanket… so cozy!

Among the thousands of smiling faces in the halls of Javits, one stood out: Warby Parker’s co-founder and co-CEO Dave Gilboa.

Gilboa, the almost-doctor turned business mogul, founded Warby Parker on the dream of affordable, designer-quality eyewear, coupled with a passion for doing good. Conceptualized from the frustration of losing his glasses while traveling, Gilboa bootstrapped Warby Parker from his grad-school apartment, growing to 2,000+ employees and 100 stores in only a few years.

True to their “do good-ing,” Warby Parker’s success paved the way for something bigger than themselves: socially conscious businesses.

Since its inception in 2010, Gilboa has led Warby Parker to Mount Everest-equivalent heights; surpassing 1,400 employees in eight years and being named the most innovative company in the world by Fast Company in 2015.

So how did Warby Parker become the powerhouse we know today? Simple: great hiring.

Of course, surpassing the 2,000 employee mark in under a decade made this feat far from simple. In a fireside chat between Dave Gilboa and Greenhouse’s own Daniel Chait, the two shared ways in which great hiring (for businesses of any/every size) builds great companies from the perspective of a leader, magnate and partner.

Here are Warby Parker’s tips for company success that any organization can learn from.

Invest in the Right Talent

As a leader, Gilboa understands the importance of setting the tone for the rest of the company. Since people are an invaluable asset to any company, Gilboa believes it’s crucial to invest in attracting and retaining “passionate, smart and curious” talent. That means emphasizing company alignment throughout the interview process and collaborating across departments.

Be Involved in Every New Hire

Gilboa makes an effort to be involved in every new hire. Similarly, Chait shared that he approves every hire into the Greenhouse org (by the way @DChait, thank you!). This type of top-down involvement ensures that companies are bringing on hires who embody the company’s core values.

As a leader, Gilboa facilitates the celebration of his employees because recruiting doesn’t stop after hiring! Warby Parker celebrates new and tenured hires alike, with everything from an introduction at their weekly all-hands, to working internationally with a Buy a Pair, Give a Pair partner at an employee’s one-year mark.

As a magnate, Gilboa believes that their company mission and the way they walk their talk are what speak the loudest. Because Warby Parker has brought on a team of 2,000+ who align with their mission, Gilboa believes that as long as they get their message out there – whether vocalized through proud employees or celebrated success in the press – they’ll continue to thrive.

Another way Gilboa attracts customers and candidates to Warby Parker is by making their mission resonate. They hold initiatives around their social mission, Buy a Pair, Give a Pair. They treat their customers and employees well and in doing so, the team accrues ROI.

A woman came into a Warby Parker shop who’d had a long day – ultimately leading to a broken pair of glasses. The shop shipped her a free pair, along with a handwritten note. Fast-forward one year and her boyfriend, compelled by their generosity, joined the company and now works as a manager.

As a partner, Gilboa believes in the power of cultivating relationships. Whether with hiring managers or optometrist institutions (his new recruiting technique at Warby Parker continues to expand), he believes transparency is key.

During the weekly all-hands meetings, topics range from strategic objectives and priorities to business focuses. As a partner in the organization, Gilboa shares that transparency is crucial for leaders to have the context they need to make better hiring decisions.


Stay Rooted in Your Core Values

Finally, Gilboa acknowledges that with such rapid growth, it’s impossible to maintain the same company culture. But that’s okay – as long as the different flavors and subcultures are rooted in the same core values. Warby Parker does this by centering the interview process on the company’s core values in order to assess alignment.

At any stage of growth, the secret sauce to hiring is a mixture comprised of continuity, transparency and thoughtfulness. And whether from the perspective of a leader, magnate or partner, one thing is certain: great hiring builds great companies.