What we can learn from Women’s history: 10 inspiring career Stories 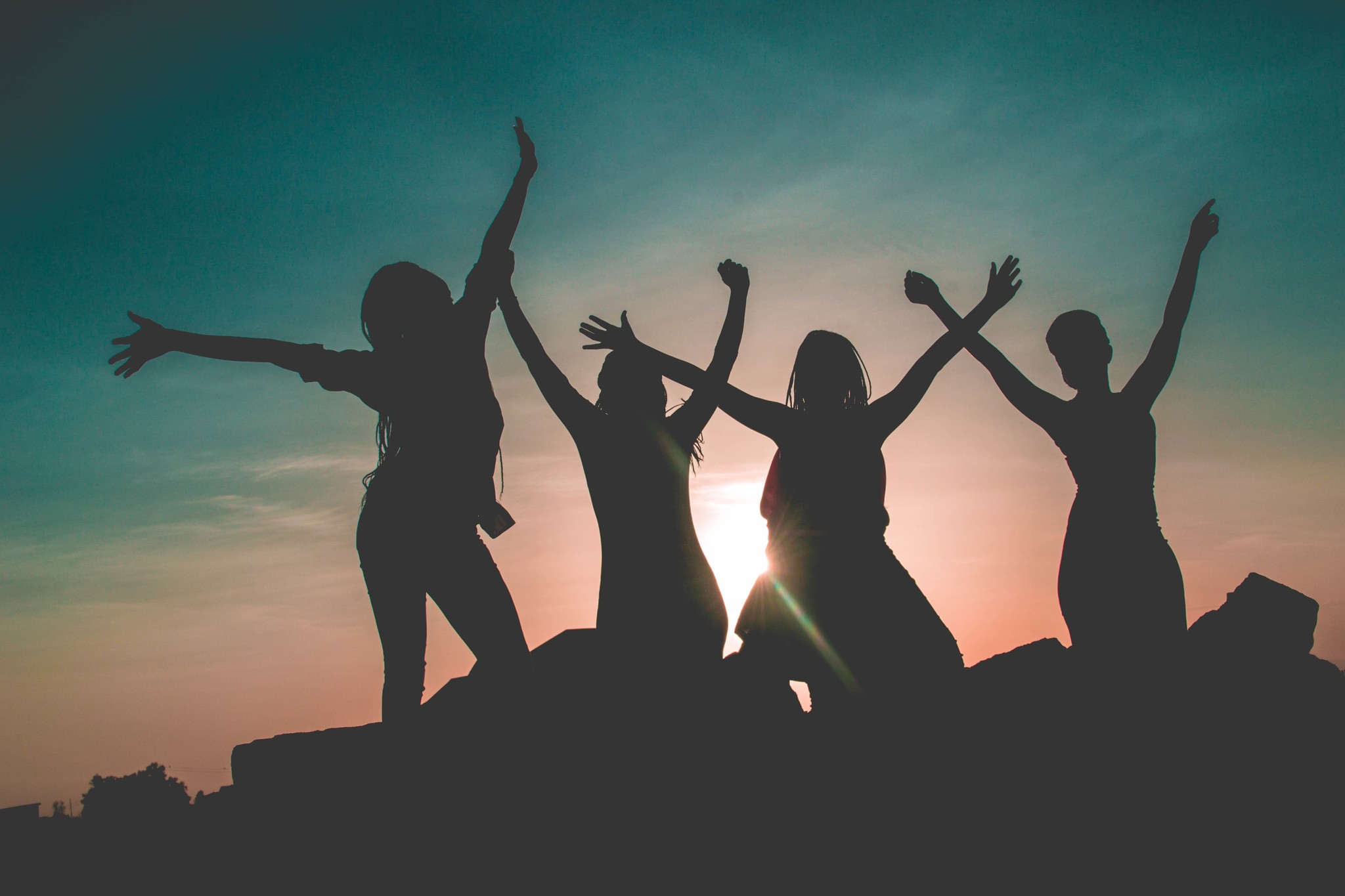 March is Women’s History Month, and we wanted to take this opportunity to celebrate some of the women who have shaped American history and culture. Though they may not all be household names (yet), we think these women’s impressive accomplishments and careers hold valuable lessons for all of us.

Annie Dodge Wauneka was the first Native American to win the Freedom medal for her efforts to improve healthcare among her people and the first woman elected to the Navajo Tribal Council. Fun fact: One of her rival candidates in that election was her own husband, George L. Wauneka. One of her biggest contributions to helping Navajos get better healthcare was the creation of a dictionary of medical terms. She also advocated for blending the traditional Navajo approach to medicine with Western methods, and was credited with defeating tuberculosis among the Navajo.

What Annie’s career teaches us: Don’t hesitate to take on a leadership role, even if you’re the first person from your group to do so (and maybe don’t be afraid of a little healthy competition with your spouse!).

Anna Eleanor Roosevelt wasn’t just the niece of President Theodore Roosevelt and the wife of President Franklin D. Roosevelt—she became a successful social activist, party leader, teacher and journalist, saying, "We will be the sufferers if we let great wrongs occur without exerting ourselves to correct them." Eleanor’s tenure as First Lady was significant because she was the first woman in this role to hold regular press conferences and routinely travel the country. She went on to become a member of the first American delegation to the UN and played an essential role in drafting the Universal Declaration of Human Rights.

What Eleanor’s career teaches us: You can use your position and influence to help those around you and society at large.

What Amelia’s career teaches us: Look for—or create—opportunities to advance other women and people from underrepresented groups.

Patsy Takemoto Mink was not only the first Asian American woman to practice law in Hawaii, she was also the first woman of color elected to Congress. She was a strong advocate for civil and women’s rights, and her best-known achievement was being the principal author of Title IX, which prohibited sex discrimination in academics and athletics. Patsy overcame numerous obstacles related to her ethnicity and gender, including rejection from more than a dozen medical schools. But she was eventually accepted into law school at the University of Chicago, paving the way for her career in politics.

What Patsy’s career teaches us: Don’t let rejection stop you. Keep looking for ways to be resilient and forge your own path.

Toni Morrison is a renowned author and professor. She won a Pulitzer Prize for her book Beloved in 1988 and she was the first African-American woman to win the Nobel Prize in Literature in 1993. Her work is celebrated for its rich storytelling and portrayal of the African-American experience, both historically and contemporarily. In the New York Times review of Beloved in 1987, author Margaret Atwood wrote, “Ms. Morrison's versatility and technical and emotional range appear to know no bounds. If there were any doubts about her stature as a pre-eminent American novelist, of her own or any other generation, ‘Beloved’ will put them to rest.”

What Toni’s career teaches us: Share the voices of those who traditionally haven’t been able to share them—people want to hear these stories.

In recent years, Ruth Bader-Ginsburg has enjoyed popularity among the millennial crowd thanks to the “Notorious RBG” Tumblr blog and subsequent book. But even before all this buzz, “RBG” made a name for herself as the second woman ever appointed to the US Supreme Court. At the time of her nomination hearings in 1993, she said, “I surely would not be in this room today without the determined efforts of men and women who kept dreams of equal citizenship alive in days when few would listen. People like Susan B. Anthony, Elizabeth Cady Stanton, and Harriet Tubman come to mind. I stand on the shoulders of those brave people.” She also previously fought for women’s rights as a lawyer for the ACLU and served as co-director of the Women’s Rights Project.

What Ruth’s career teaches us: Take inspiration from those around you, and be sure to acknowledge the people who have helped you directly and indirectly.

Sally Ride was the first American woman in space and she may also have been the first LGBTQ person in space. When she died in 2012, her obituary revealed her 27-year relationship with partner Tam O'Shaughnessy. Sally flew on the shuttle Challenger in 1983 and again in a mission in 1984. She later founded Sally Ride Science, an organization that focused on motivating girls and young women to pursue careers in science, math, and technology. "Studying whether there's life on Mars or studying how the universe began, there's something magical about pushing back the frontiers of knowledge," she said. "That's something that is almost part of being human and I'm certain that will continue."

What Sally’s career teaches us: Continue to expand your horizons when it comes to knowledge—never stop learning or being curious.

Michelle Obama’s career has included numerous roles: lawyer, Chicago city administrator, and community outreach worker, in addition, of course to being the wife of 44th President Barack Obama and the first African-American First Lady. Beginning during her time as First Lady, Michelle focused on a wide range of initiatives, including Let’s Move! (aiming to solve the epidemic of childhood obesity within a generation), Joining Forces (offering support to service members and veterans), Reach Higher (encouraging young Americans to complete post-high-school education), and Let Girls Learn (empowering young women around the world to pursue education). Michelle has continued to be a strong advocate for work/life balance even after leaving the White House.

What Michelle’s career teaches us: No matter how busy you get, don’t neglect your health. Make time for yourself and prioritize activities that benefit your physical and mental wellbeing.

Saru Jayaraman is an attorney, labor leader, researcher, and Co-Founder and Co-Director of the Restaurant Opportunities Centers United (ROC United) and Director of the Food Labor Research Center at UC Berkeley. She has dedicated her career to improving the wages and working conditions of the 14 million people who work in America’s restaurant industry. Her books include Behind the Kitchen Door and Forked: A New Standard for American Dining.

What Saru’s career teaches us: Do whatever you can to make sure wages are fair and equitable.

Cristina Jiménez is a social justice organizer and Executive Director and Co-Founder of United We Dream, the largest immigrant youth-led organization in the country. Cristina’s work with UWD led to the success of the Deferred Action for Childhood Arrivals (DACA) program in 2012. Cristina is also the recipient of the MacArthur Foundation Fellowship “Genius Grant.” Cristina revealed her own undocumented status in 2004, inspiring others to come forward with their stories and helping to transform the national discourse around immigrants.

What Cristina’s career teaches us: Don’t let fear prevent you from acting—by speaking up you can become a role model for others and effect real change.

We’ve only just scratched the surface here—there are countless women who have contributed to American history, whether through politics, law, art, science, business… the list goes on and on. But by taking a moment to recognize a few of these amazing individuals, we hope that we’ve given you a little inspiration and motivation for your own career!

Do you have a favorite woman from American history whose story you’d like to share? Leave us a note in the comments to let us know!