Why the first rule of culture is misguided 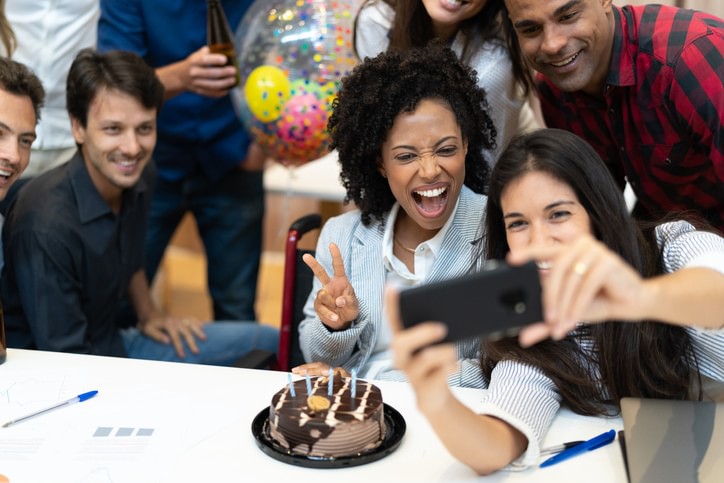 Since we released HubSpot’s Culture Code, I’ve learned some hard lessons about company culture, the hardest of which was that culture is like Fight Club.

The first rule of culture is that you don’t talk about culture.

At least, that’s what people thought. Many people think that culture should “just happen” and that talking about it is pointless at best -- and toxic at worst.

Three years ago, I might have agreed with them. We didn’t talk a lot about culture in the early years of building our business. My co-founder and I simply built the kind of workplace that we wanted to work in ourselves -- figuring that the rest would sort itself out. We were focused on growing the business, acquiring customers, and building a software platform that was useful and powerful. But, we came to learn that articulating and communicating company culture is not pointless -- it was actually exceptionally productive.

Over the past few years, I’ve studied HubSpot’s culture closely and have tried to understand what gets bright, talented people to join our team -- and more importantly, what keeps them here. Thankfully, it’s not the beer fridge or nap room (though they don’t hurt). Culture is much more about creating a context that matches the way people now live and work. Humans have changed a lot -- unfortunately, “Human Resources” (I hate that term) hasn’t kept up.

We created the Culture Code deck to talk about the new world order. Using HubSpot as a guinea pig, we exposed the internal workings of our team and told the world what motivates us and what makes us tick. But this wasn’t a once and done endeavor. The deck is constantly being critiqued and iterated on to reflect new lessons -- and new aspirations.

I’ve seen the good, the bad, and the ugly of talking and writing about our culture (thus violating the unspoken first rule). Here are a few of those lessons I’ve learned:

We Are Not Perfect

Manifesting over 600 people’s core values runs the risk of giving them a voice they don’t completely identify with. Shortly after the deck was published, I learned there was a perception that it was putting HubSpot’s workplace on a pedestal, which was not my intention. HubSpot isn’t all happy hours and bean bag chairs: Along with our uncomfortable level of transparency and employee autonomy comes a forum and opportunity for disagreement and healthy debate.

The Culture Code deck now has a section called “The Dark Side,” which wasn’t there in the first version. It’s to clarify that we do not think we’ve created a utopian work environment, and that HubSpot is not perfect for everyone.

One positive side to having our culture written down is that we’ve taken some of the guess work out of daily decisions. We have a living, breathing document that helps keep us all on the same page. Consciously or subconsciously, we are guided by the values in the Culture Code and they are shared company-wide. This makes small decisions unnecessary, and big decisions easier to make.

For example, one of the core tenets of our culture is to “Solve for the Customer”. So, when faced with what could be a tough decision, we simply ask ourselves “What’s in it for the customer?” This makes many decisions much, much easier.

Whether you're CMO or an intern, if the core themes of the Culture Code ring true to you, we trust you to make decisions on behalf of the company.

One of the nuanced issues we’ve encountered in crafting our culture code is what I call the “Federal vs. State” issue. The “Federal” parts of our culture are those that we hold inviolate. They are at the core of who we are. They ascribe rights to HubSpotters (citizens of HubSpot) that cannot be taken away. An example is our core tenet of transparency -- we share uncommon amounts of information with all of our team members. We don’t allow individual groups (“States”) to override this basic, inalienable right to information.

On the other hand, we have parts of our culture that are “locally optimized”. An example here would be our philosophy of “work anytime, anywhere.” At a global level, we believe that what an individual produces and the results she gets is much more important than the actual hours she works or where she works them. Now, though we believe this -- it’s part of our culture -- in practice, there are certain groups that may tweak this philosophy. The argument is that in certain roles and in certain groups, it may be necessary to work certain hours -- or be physically in one of our offices.

So, though we have “Federal” guidelines around when/where people work -- the “States” can override that.

People still hold back from breaking the cardinal rule about culture, but I think we’ve moved the needle on why it’s important to talk about it and have it written down. From day one, we’ve said that the Culture Code is part aspirational. We want it to reflect who we are as a company, as well as who we want to be. Having our aspirations clearly documented has made it easier for us to work toward them.

For example, our guiding mission is to Solve for the Customer (SFTC). Of course, we don’t get it right every single time and there are times we make decisions that fall short on this. But having SFTC written down has led it to become a self-fulfilling prophecy. Increasingly, in meetings all across the company, decisions will be made citing our SFTC mantra.

One of the most humbling results of launching Culture Code was the response it inspired from other companies all over the world. In fact, Alex Shootman, the President of Eloqua, a company with which we occasionally compete in the marketplace, noted the following:

“At Eloqua we always talk about the fact that HubSpot is an honorable competitor. Of course we both want to win in the market but we always respect how you show up. Now I know why. Internally we believe culture eats strategy for breakfast, on a cold plate ... every time. Kudos to you for focusing on culture first. Technology and products come and go, but people with passion and purpose create great stories to tell ...”

Alex has since left Eloqua for another venture, but to me, his comment was a great reminder of what matters. As companies grow and scale, it’s incredibly easy to resort to uninspired compromise, to hire average people, and to take on culture debt.

As I reflect upon the past year, one thing is for sure: The feedback (both positive and negative) I’ve received on the document and the people I’ve discussed it with along the way have improved the document, transformed my thinking, and at the end of the day pushed me harder to think about shaping and transforming a company our employees, customers, and partners are proud to love. For that, I thank each of you and look forward to continuing the conversation for many years to come.

Interested in joining the team? HubSpot is hiring! Check out open roles here.