The forces shaping the future of work

If you read any article about work today, chances are that you’ll encounter the phrase the “future of work,” or "future of work trends."

While it is by no means a new topic, the technological and social forces that contribute to shaping the way we work have been gaining momentum throughout the last decade. And over the past two years, the global pandemic forced a massive “work from home” experiment that has accelerated our collective thinking about work and the workplace.

The result has been a fundamental disruption of work, and the dawn of a new era in which companies are rethinking their relationship with their employees.

Simply put, companies have realized that putting people first is not only a winning strategy, but also an imperative in the future of work.

Putting people first is a powerful idea – and certainly overdue. I became curious to understand how it came to be a current focus. I wanted to better understand the tectonic shifts that were occurring in the world of work, how the pandemic accelerated these existing trends and why top talent is seeking work at companies that put their people first.

Web 3.0 and the Fourth Industrial Revolution

In the early 2000s, Web 1.0 – an internet that largely consisted of static websites – evolved into Web 2.0 – an internet in which users could interact and generate content. This transition drastically changed how people lived, worked and communicated.

Around 2014, the web again began to evolve. Known as Web 3.0, it’s characterized by a “powered by the people” philosophy and the blurring of the physical and digital worlds.

In large measure, Web 3.0 principles are driving employees to expect tools that enhance the digital work experience as well as increased flexibility over where, when and how they work. In the era of Web 3.0, employees are demanding a voice in business decision-making, the opportunity to do work that aligns with their values and work environments that are diverse, equitable and inclusive.

Alongside Web 3.0, the Fourth Industrial Revolution has also been playing a role in reshaping society.

The reformation of work and why it matters

In 2017, at the dawn of the Fourth Industrial Revolution, Charles Handy, a preeminent thought leader on organizational management, gave a speech in which he called for a reformation of work. He claimed that the relationship between employees and employers had broken down because corporations had let technological advances overtake the humanity of the workplace, and that this failure to keep human values intact within the organization had resulted in the dehumanization of work. To fix this broken relationship, Handy implored business leaders to create a new social contract with their employees, focusing on a business’s purpose in society.

The confluence of these forces is still shaping the future of work trends and giving rise to the next generation of companies: “people-first companies.”

People-first companies are more likely to thrive in the future because they seek to understand what employees value and adapt their practices as much as possible to match those values. Recent research by Greenhouse showed that 87% of talent believes it’s important for a company’s mission and values to match theirs, and 76% of employees think that it’s important for the company they work for to stand up for the social causes they believe in. 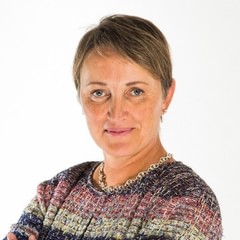 is the Chief Marketing Officer at Greenhouse Software. She has deep experience growing businesses by creating distinguished brands and leading high-performing revenue marketing teams. At Greenhouse, she is the executive sponsor of WomenGrow, the ERG advocating for the growth and development of women at work. She is also a Marketing advisor to startup tech founders and a member of Chief, a private membership network focused on women executive leaders.